In the early part of 1953, Britain remained in the grip of post-war greyness. An elderly Winston Churchill was still Prime Minister and rationing remained for staple foodstuffs such as sugar, eggs and sausages.

But Huddersfield hit the heights in April of that year when they won the famous Challenge Cup for a sixth time in seven final appearances and now they have the chance to make it victory number seven.

Here the PA news agency looks at what else was happening in 1953.

Huddersfield, a team of all talents

Huddersfield was the birthplace of rugby league and for years its team was a powerhouse of the game.

In Harold Wagstaff and Albert Rosenfeld, the Fartowners boasted two genuine superstars in the early part of the 20th century and in 1913-14 they became one of only two teams to win all four cups.

The names of Hunter, Cooper and Devery rolled off the tongue in a Team of All Talents and in 1953 they lifted the Challenge Cup with a 15-10 victory over St Helens in front of a crowd of 89,588 at Wembley.

Stand-off Peter Ramsden was the hero, scoring two tries and becoming the youngest player to win the Lance Todd Trophy as man of the match on his 19th birthday.

When Ken Rosewall and Rocky Marciano ruled the world

In the sporting world, Maureen Connolly won Wimbledon, Ken Rosewall lifted the Australian and French Open titles and Ben Hogan was victorious in the Open, the Masters and the US Open.

Death of Stalin but long live the Queen

The United States and North Korea signed an armistice ending the Korean War, which was among the most destructive conflicts of the modern era with approximately three million war fatalities and a larger proportional civilian death toll than World War II or Vietnam.

Josef Stalin died in 1953, bringing to an end a 25-year dictatorship of the Soviet Union, while closer to home, on June 2, Queen Elizabeth II was crowned at Westminster Abbey, acceding to the throne at the age of 25 following the death of her father, George VI, in February 1952.

The one-day ceremony took 14 months of preparation and was estimated to have cost £1.57million. 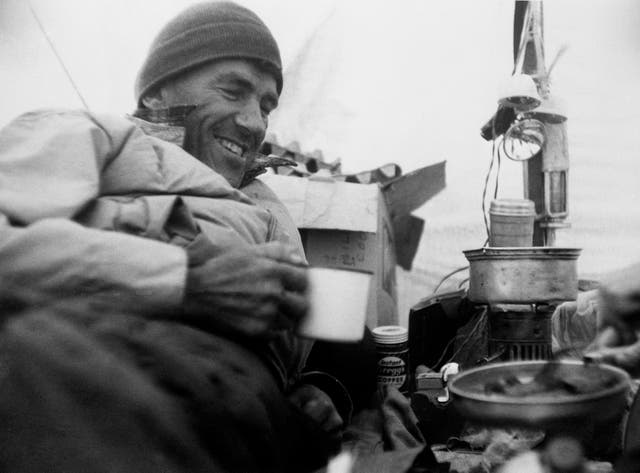 Edmund Hilary and Tenzing Norgay became the first climbers to reach the summit of Mount Everest when they reached the highest point on Earth – 29.035ft – at 11:30 am on May 29.

First attempted in 1921, Everest had repulsed at least 10 major expeditions and two lunatic solo attempts before the 1953 British expedition finally succeeded under the military-style leadership of Sir John Hunt.

A total of 350 porters and 20 Sherpas carried tons of supplies to support a vanguard of only 10 climbers, with 33-year-old beekeeper Hillary succeeding in his fourth Himalayan expedition, alongside the vastly experienced Tenzing, who had taken part in six previous attempts on the mountain dating back to 1935.

Register for free to continue reading

By registering, you will also enjoy limited access to Premium articles, exclusive newsletters, commenting, and virtual events with our leading journalists

Register for free to continue reading

By registering, you will also enjoy limited access to Premium articles, exclusive newsletters, commenting, and virtual events with our leading journalists

Voucher Codes
Very Discount Code
At least 20% off branded sports clothing at Very
Booking Com Discounts
Getaway Deals up to 15% off with Booking.com in August
Debenhams Discount Code
Save over 20% on sale dresses, jeans and home bedding - Debenhams discount
Aliexpress Promo Code
Up to 70% off this week with AliExpress super value deals
eBay Discount Code
Save 15% on smart tech using this eBay voucher code
Indy / Compare
Compare UK Broadband DealsCompare broadband packages side by side to find the best deal for you
Cheap Broadband Deals in 2022Compare cheap broadband deals from providers with fastest speed in your area
Fibre Broadband Deals August 2022All you need to know about fibre broadband
Best iPhone Deals in the UK August 2022Compare iPhone contract deals and get the best offer this August
Compare Mobile Phone DealsCompare the best mobile phone deals from the top networks and brands